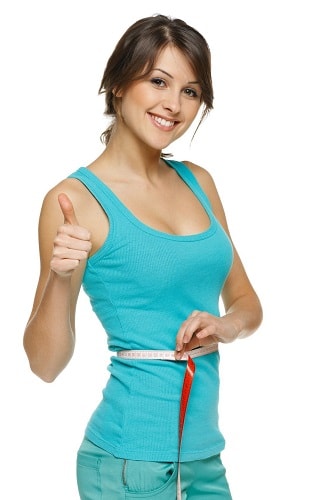 Eating healthy is more important than exercise. Exercise contributes to only 5% of weight loss.

Our special team of nutritionists design a special diet plan for you, so that you can eat and feel healthier.

Dr was polite and very friendly. He listened to my problem and explained it very properly. He prescribed me very effective medication and proper diet was also given by the dietician. Even the environment is good and all the staff are very cooperative. Thank you sir best of luck for the future.

Great experience. The doctor was very friendly, courteous, and did complete check up. He also explained in detail about the disease and helped me understand the cure. The dietician was great as well. Answered all the questions and gave a comprehensive check.

Body composition testing determines how much your body is and isn't fat. The non-fat part of your body is called as lean tissue, which includes muscle, water, bone and organs. Lean tissue is known as metabolically active tissue, the tissue that burns calories all day. A healthy body has less stored fat and more lean mass.
We are thin fat Indians i.e. compared to the Westerners, we have more adipose or fat tissue although we may weigh less or look thin. So only taking the weight of the body and body mass index is not enough to define health.
If we analyze the body:
Skeletal muscle usually ranges between 30-50% of total weight. Fat can be <10% (very lean) or as high as 40-50%(obese). Bones are generally 15% of total body weight. Skin around 6 pound and blood around 7% of body weight.
A variety of accepted methods are available for estimating percent body fat. For example DEXA (dual x-ray absorptiometry & skin fold calipers. We estimate body fat by body weight scale and BIA (bioelectrical impedence). Body fat estimating device estimates body fat % by sending electrical currents through the hands via hand held electrodes and the feet via the electrodes on the scale surface. This takes into account both the upper and lower body when % body fat is estimated.
BIA actually determines the electrical impedences or opposition to the flow of an electrical current through body tissues which can be used to calculate an estimate of body water. TBW can be used to estimate fat free body mass and by difference with body weight, you can get the body fat. When you get your body fat analysis this is the reading you will see. Normal values are seen along the side. Fat in the viscera is actually the bad fat which is highly active and inflammatory secondary to invasion by macrophages. The way to get rid of this fat is with weight control, healthy eating & increased physical activity.

WHY EVERY DIABETIC SHOULD RECEIVE A STATIN?

Cardiovascular disease is the main condition associated with Diabetes Mellitus that is a cause for considerable morbidity and mortality, around 2-4 times that of a non diabetic person. An entity called metabolic syndrome has abdominal obesity, prediabetes, high Blood pressure and lipid abnormalities as its components. The lipid parameters we often study are triglycerides, the good cholesterol (HDL) and the bad cholesterol (LDL). When we tackle these individual components, total cholesterol value becomes less important. In Diabetics and in metabolic syndrome raised triglycerides and lowered good cholesterol are the abnormalities seen. The degenerative changes in a vessel wall attributed to cholesterol are seen since adolescence in form of a fatty streak. Its progression to sinister atherosclerosis, blockages and heart attacks is hastened in diabetes. Raised blood sugar causes generation of reactive oxygen species that can oxidize the LDL molecules making them more dangerous. These also damage the vessel wall, endothelium, allowing easier penetration of the bad lipid particles into the vessel wall, initiating the process of lipid plaque that leads on to the dreaded blockages.. Triglycerides, adversely affect by making the bad cholesterol, into still worse, small dense particle form of bad cholesterol. The normal level of triglyceride permitted is up to 150 mg/dl. Exercising muscles utilize triglycerides for producing energy and thus lower its level. Refined carbohydrates like maida (Atta is preferred), soft drinks, fruit juices (whole fruits would be preferable) and alcohol need to be avoided to keep Triglycerides under control. Consuming more of food rich in omega 3 fatty acids also lowers triglycerides e.g. Fish oils, walnuts, almonds, methi (fenugreek) and flaxseeds. Medication for raised triglycerides, generally in form of fibrates, is prescribed, only after the measures to normalize the LDL cholesterol have not lowered triglycerides to permissible level. The good cholesterol or HDL, actually lowers the risk of heart disease. It is genetically determined and there aren't any safe and effective medicines to raise it. Exercise is reported to raise HDL cholesterol. The LDL cholesterol is the main component of the lipid plaque or bleb that forms in the inner lining of a blood vessel. As the plaque enlarges, the vessel lumen of the blood vessel, supplying blood to the heart muscle, gets narrowed. When the narrowing is more than 70%, a patient starts feeling, chest pain or heaviness in chest or even breathlessness on exertion. This is called Angina Pectoris. At times, sudden overexertion, sudden emotional outburst, associated with sudden rise in blood pressure or other heart related alterations can cause the plaque to crack or rupture. The raw wound in the vessel wall, thus formed, initiates a process of clot formation. The clot blocks the tiny vessel very rapidly. The sudden stoppage of blood supply to the heart muscle can be catastrophic and is commonly referred to as 'heart attack'. Higher the level of LDL cholesterol in blood, higher is the chance of development of atherosclerotic plaques. Controlling the levels of blood LDL cholesterol is our prime target to prevent heart disease. Permissible limit of LDL cholesterol in blood depends on presence of other risk factors. In diabetics the permissible limit is 100 mg/dl. Reducing the amount of fatty food in diet, avoiding Hydrogenated fats like vanaspati and margarine for their trans fat content, avoiding repeated heating and reheating of oil during cooking, avoiding excess of omega 6 fats in diet as normally obtained from safflower oil, sunflower oil and corn oil, use of mustard or Rice bran or groundnut oil and ghee in moderation are some of the measures everyone should take, to reduce their LDL levels. The group of drugs that is effective in lowering LDL cholesterol is called statin; Atorvastatin and Rosvastatin are most popularly used. Statins not only reduce cholesterol but also prevent the plaque rupture; that is, they make the plaque less vulnerable to rupture. This is the final, most important defense to prevent a heart attack. Besides, the significant blocks seen in coronary angiography, there can be many more smaller plaques that do not limit the flow in the vessel, but they too can potentially rupture and give rise to a heart attack. As mentioned earlier, diabetics are more prone to suffer from heart ailments and giving them statin irrespective of the cholesterol level, even if below 100 mg/dl can be an important measure to reduce their risk of getting a heart attack. Thus, while controlling blood sugar is important in a diabetic, it is equally important to keep their blood pressure and cholesterol under control.

The drug Metformin is taken for treatment by almost every Type 2 diabetic person. It has various names like Glycomet, Carbophage, Glyciphage, Glucomet, Cetapin XR, Exermet XL, etc. Both, the American Diabetes Association and the European Association for the Study of Diabetes recommend metformin as first line therapy for Type 2 Diabetes. Metformin acts at the level of the intestine, liver and peripheral tissues. At the level of the intestine, it retards intestinal glucose absorption. Metformin has an effect on calcium - dependent membrane action in the terminal ileum. B12 deficiency results from malabsorption of this Vitamin at this absorption site. Absorption of vitamin B12 - intrinsic factor complex is calcium dependent and metformin interferes with this absorption. Calcium supplementation partially reverses metformin - induced vitamin B12 malabsorption. B12 deficiency is associated with anaemia and aggravates diabetic neuropathy. When B12 is initiated the progress of the neuropathy is arrested and not reversed. Treatment is by taking Vit B12 tablets or injections. Diet rich in B12 is found in non-vegetarian foodstuffs, such as meat, poultry, seafood, eggs and dairy products. Vegetarian sources would include dairy products (like milk, curd, yoghurt, cheese and paneer), ragi, soya-bean and sesame seeds.

Gone are the days when children played outdoor games like seven tiles, chor police, marbles, langdi, etc. They were out there in the sun, absorbing lots of Vit D, from the sun's rays into their skin. They had healthy muscles and bones. With changing times, lifestyles became more indoors. Sedentary jobs, Stressful lives, delayed transportation and traffic jams; propping up of residential buildings and malls, left no open spaces to jog, walk or play. Computers and mobiles further decreased physical activity. Result is the markedly increasing prevalence of Vit D deficiency. Vit D deficiency makes bones weaker, muscles stiffer and increased irritability of the nervous system. It also makes genes to give wrong signals to the manufacture of proteins hampering function of cells and helping in the pathophysiology of chronic diseases like diabetes, osteoporosis and auto immune diseases. Vit D from sunlight is obtained between 11 am to 3 pm, when infra red intensity is the highest. Therapeutically, there are Vit D tablets and sachets to be taken weekly or monthly as advised. In non-absorbers, injections can be given. Fortified juices, milk and other food items also have Vit D. Natural source would be egg yolk, fish like mackerel and fatty fish, mushrooms and milk. Vitamin C & Multi Vitamins The intake of deserts and cakes after a meal and the introduction of energy rich food products by the present lifestyles has given rise to obesity and multivitamin deficiency in most people. Eating lots of vegetables and fruits as part of the meal would correct many of the deficiencies, that can not be tested. Supplements and nutraceuticals also help in a big way, especially in people beyond 50 years of age for the maintenance of good health. It is important to have a balanced diet to avoid many of the vitamin and mineral deficiencies, that we see today.